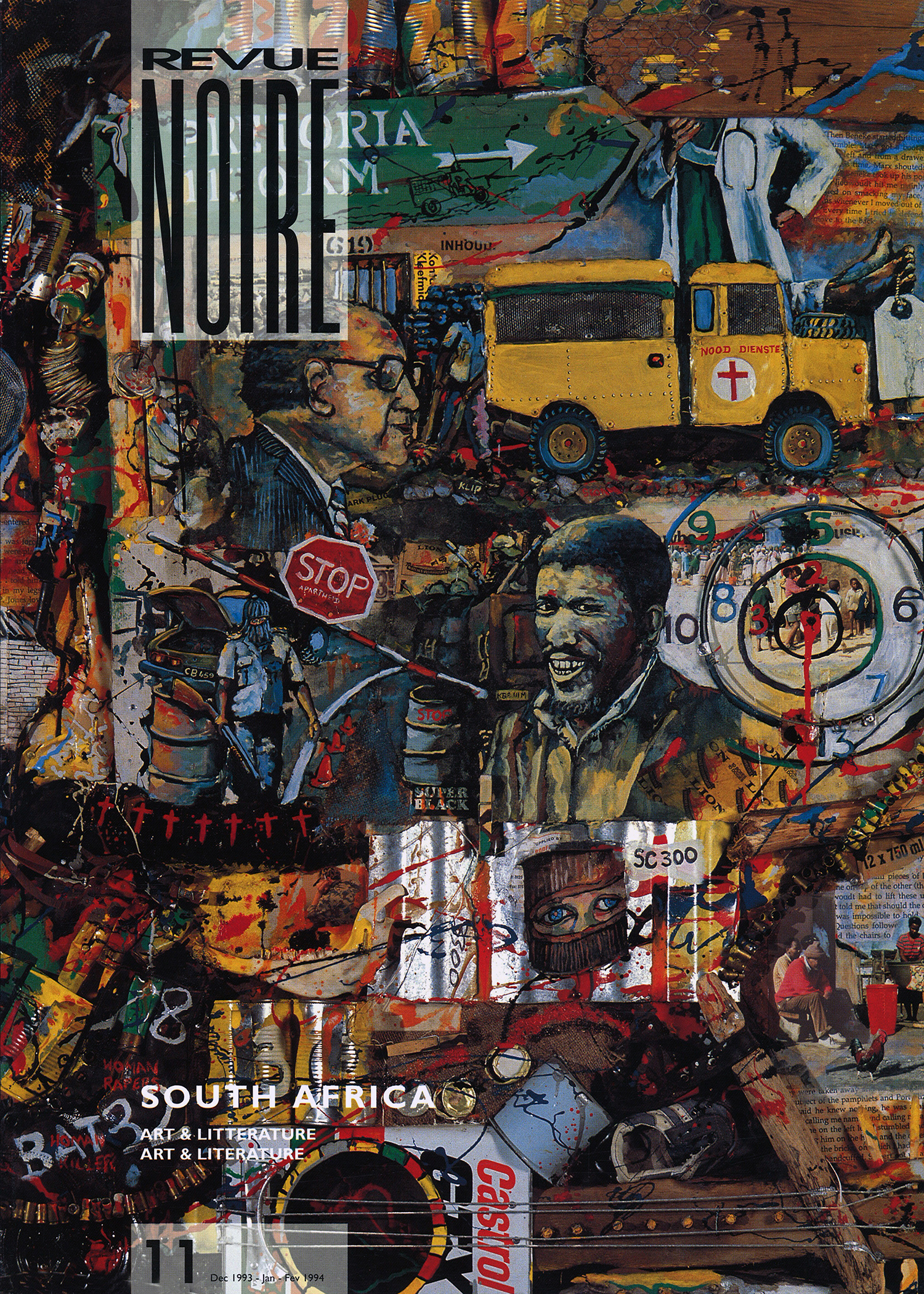 But Reality was Different...

For a long time I refused to acknowledge even the existence of South Africa. When I was a child, it was simply a dot on the map, at the southernmost tip of the continent, where Blacks were treated like dogs. Later it became the only country which my Cameroonian passport prohibited me from entering. During those adolescent years when one writes poetry, I even took it upon myself to describe the beauty of the Kalahari Desert, the splendor of the sunset on the veld. I wept when I read Alan Paton I loved the books of Lewis Nkosi, which comforted me in my Manichaean certitude of injustice. And then....

And then there we were, confronted with the problem. The Black man, the White man - who was what ? For us, none of that had any importance, of course. We were even rather upset about being forced into using such concepts about which, deep down, we understood nothing. I was suspicious of the too obvious courtesy and kindness displayed by the personel of South African Airlines. I wanted to see evil. But evil left me in the lurch. Not that it was not there. The question is elsewhere. The idea of evil which I was carrying around with me was an abstract idea desperately trying to attach itself to reality. But reality was different. As in all the best books, reality lay in the details of our common feeling of helplessness. Unable to understand. Unable to reason otherwise than as an animal who has lost its way. Letting yourself be taken in by that special atmosphere from which you had thought yourself capable of escaping. That fear that dares not speak its name. That fear which is identifiable only by the absence of its object. Madness.

Have a drink, no, an entire bottle in a French restaurant in Durban. And hear from an artist that going out at night is unsafe. And lose yourself in the contemplation of the harbor in Capetown. And drop in and dine with that charming woman who lived only for Italy. Wander around the city limits, not knowing how you can put an end to the implacable, throbbing helplessness. A glimpse by chance during a taxi ride. A dull droning. A turbulent silence, to use André Brink’s expression. South Africa seemed to be a world existing before the beginning of the world. A world in which human beings nonetheless lived, but as if deprived of speech. With invisible barriers, invisible borders, spinning their webs even in our sleep.

To sleep, yes, but to dream you are elsewhere. In an elsewhere similar in every respect, yet in every respect different. An elsewhere which would abolish all these tiny daily fears, so laughable, so ridiculous. Yet also so real. Yet also so unreal. Gathering together around a barbecue on a Sunday afternoon, splashing about in the clear water of a swimming pool, and speaking as if nothing in the world were wrong. After all, do we not have in ourselves sufficient power to abolish reality ? Is there really anything else outside our minds ? It would suffice that South Africans believe that this is true. Believe it sufficiently and forget.

And if it is perhaps difficult to kill a memory, there must certainly be a way of killing the memory of a memory.