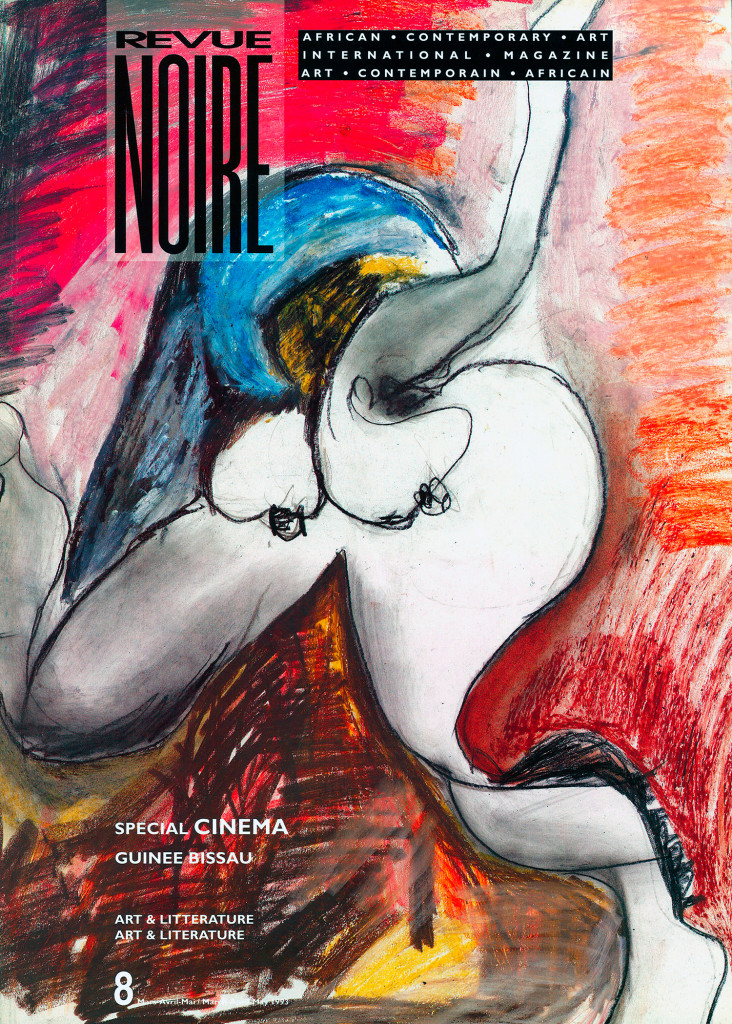 For the occasion of Fespaco ’93 in Ouagadougou, with cut-out images of film stills ; in rythm with Bissau, in carnival images frozen in photographs, Revue Noire once again dedicates one of its issues to the arts of reality ; cinema and photography.

Film-makers, most of them making their first film, answer the question « Why do you make films ? » Without any doubt they represent the African cinema of tomorrow. A cinema whose preoccupations evolve noticeably towards the problems of a world in the grips of urban development in crisis. From Moscow to London, from Dakar to Ouaga they show us another world : Bissau, which seemed until now to have remained untroubled, now channels all its worries and creative desires into the ephemeral life of its carnival.

Celluloid or electronic images even more so than paintings or sculptures need no commentary illuminated by the pallid light of a commentator rendered powerless through having commented on the commentary of the commentary. They clearly illustrate the death of a certain sort of writing which believes itself to be the only way of objectivizing reality. They clearly illustrate the autonomy of images, the autonomy of shapes.

Revue Noire’s primary concern is to prove that only the choice is critical, from now on speech matters little since our eyes’ freedom to see has been restored. Revue Noire’s true gamble is there as an illustration simultaneously modest and pretentious of a renewed way of thinking by a new knowledge of images from all over the world. Within this structure and this alone we work with the forms of literary texts, photos, films, paintings, sculptures, costumes, furniture...

Therefore we will act to rekindle the fires of sight and minds.