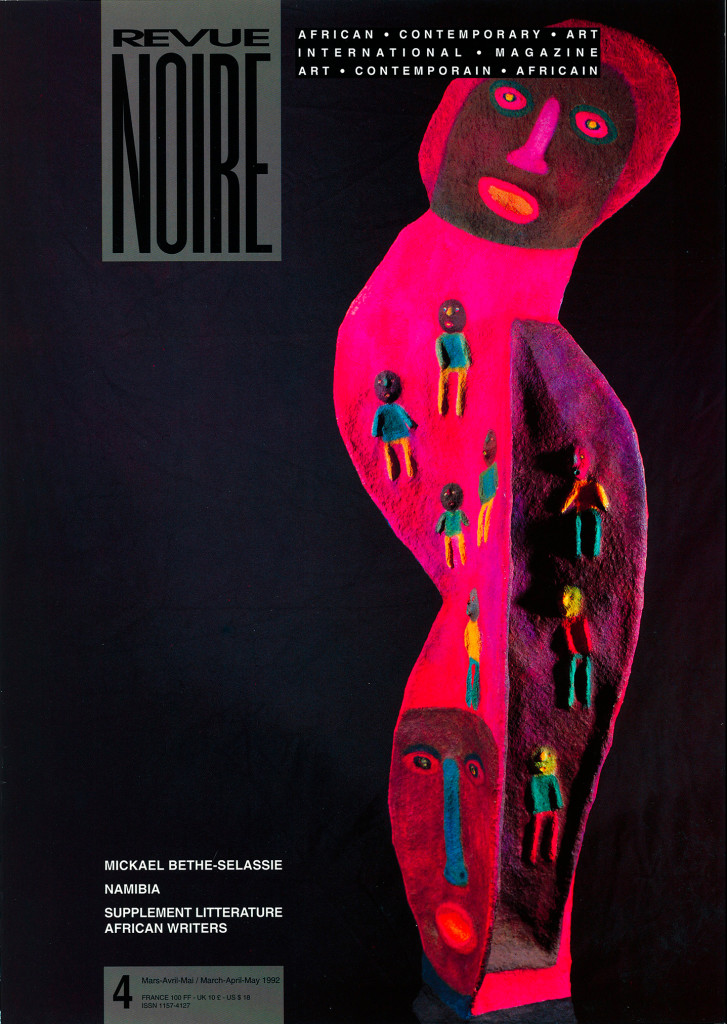 With the twelve pages supplement in this issue, we have added literature to the list of contemporary african art forms under discussion. Our goal is to be a forum for unpublished work and lesser known authors. This undertaking has been made possible with the initiative and support of the French Cultural Centers from central Africa. So, Revue Noire grows from 56 to 68 pages without raising its newsstand price – the miracle of sponsorship.

We are also introducing a new “Ideas” section in this issue. Our opening thoughts are on the relationship of contemporary art to national heritage and cultural identity, and how all this is affected by the internationalization of culture. There is an indepth peice on the direction of cretivity in Africa which we would like to tie in with the direction of creativity and invention, in general. The future of a country or a continent can be seen in the vitality of its arts.  History has taught us there’s no such thing as coincidence. The debate is launched, and open to other points of view, other “Ideas”.

Do you know Namibia? One of the most  beautiful countries in Africa has just ended a war and no one really knows what’s been going on. This first account is an initial overview.