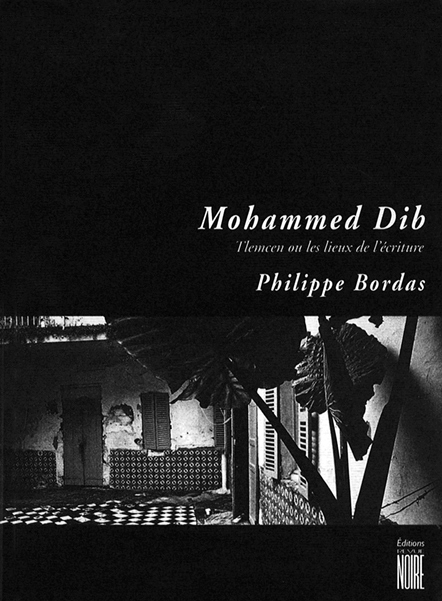 Tlemcen or the writing Places

ESSAY AND PHOTOGRAPHS (1946) BY MOHAMMED DIB

Literary essay by Mohammed Dib about photography and the writing memory.

The poet and writer Mohammed Dib finds old photographs of his childhood in Tlemcen in 1946. He then realizes that all his imagination since expressed in his writings and poems was built through this memory whose photographs are the only traces. To read as additional texts on photography of Roland Barthes and Michel Tournier. The young photographer Philippe Bordas has taken a new look in returning to these places of memory.

"From Tlemcen reflected in these photographs taken in 1946, can we say that there is only a name ? It would probably go too far. And there is yet something of it. Undoubtedly, parts of the city have jumped, components for certified disappeared, but also and with it something else less tangible dissipated : is a certain way of being in the city. Not that saying this, I want to ignore the effects of time on a city or that I refused it the right to change. I would like to suggest more than that we are the inhabitants of a place as, at least in part, a memory." (…)

"Writing is a form of data entry of the world. But this data entry is carried out in a movement of retreat, retreat of the script writer compared to the world and retreat of same compared to the writing. The work, it seems, is formed in this hollow, in that distance. We verify if to write, we adopt a idiom other than his own. But this does not alter the case, which is to bridge the intolerable flaw. Hope and despair are the chance of the writer.

and by Philippe Bordas (1992) in Tlemcen, Algeria

Few pages from the book 'Tlemcen or the Writing Places' :