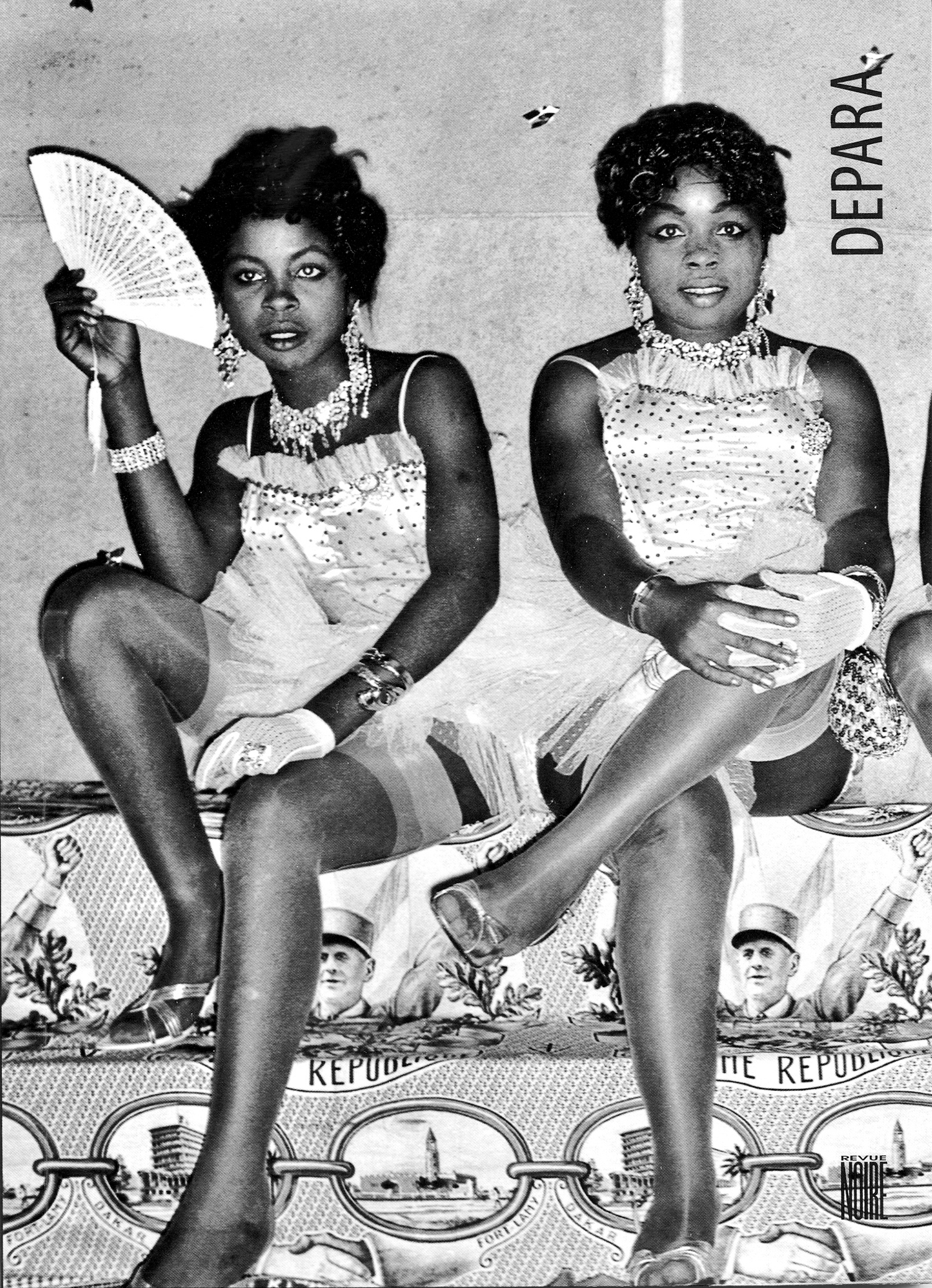 The African cities in the years 1950-1960 shed the colonial yoke to move firmly towards the joy of their independence. Everyone experiences those moments when the modern world finally becomes accessible to them, regardless of whether Black or White. In Leopoldville, later known as Kinshasa, this is taken for the "American Way of Life", its cars and fashionable Bills in cowboy outfits, bodybuilding like peplum films, the electric guitars, sax and music that takes the merengue, the cha cha cha and above all the rumba into a mad dance known worldwilde as "Zairian music".

The bands of young Kinshasan boys, each with their own distinctive attire and their female muses, attend frequently the innumerable bar-dancings halls, support a music band, here Franco's "OK Jazz", another one, there Joseph Kabasele's "African Jazz". Athletes, proud of their bodies, parade before their admirers at the pool of La Funa sports complex. That are the scenery and the lifestyle of which the photographer Jean Depara makes us partake with each one of his pictures.

Paperback with 70 photos by Jean Deparat