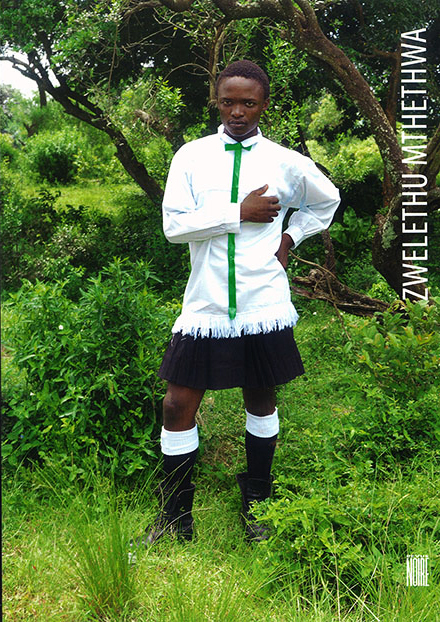 One can tell that Zwelethu Mthethwa is a painter and a photographer. Ever since he began to take his ?rst photographs, his work has bespoken an inclination for careful compositions and colours which are always cleverly restrained, measured. Colour is an expression of intimacy with the soul.  Colour represents light.

His images also betrayed from the outset traits of a very sophisticated classicism. They are the kind of paintings that we have not seen produced for centuries, paintings which seem like they should adorn hypothetical family homes, stately mansions or manor houses; paintings which, just like those people who seem to live in a past which prolongs the memory, seem to project themselves into the future, in other words into immortality.

Paperback of photographs by Zwelethu Mthethwa

Few pages from the book 'Zwelethu Mthethwa - A contempOrary Myth' :